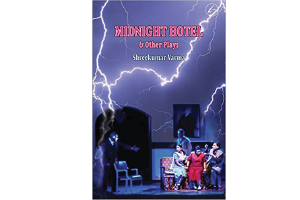 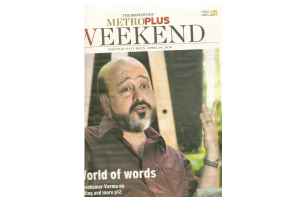 THIS IS OUR SECOND collection of plays by Shreekumar Varma. The three plays here present different core ideas, but are connected by murder and mystery. Midnight Hotel has had more than ten outings already and will have three more in 2019. With murder and intrigue, a ghost running amok and hilarious conflicts, the core idea remains the beauty and brittleness of relationships. Cast Party goes to the Army to find its story. Following the staging of an explosive play, a cast party happens in an isolated beach house. There are discussions and recollections. And murder. You may watch a play and condemn wayward characters, but fail to recognise the same faults in yourself. The Dark Lord was Varma's first play and won second prize in the British Council Playscripts contest. It talks of Power and its repercussions.